Women in Tech: The Book

“I want to see women succeed in tech. I also don’t think there’s any vast conspiracy keeping us women out of technology. Instead, I think we’re battling an unconscious social bias that keeps us from thinking that women will be a good fit in tech.” 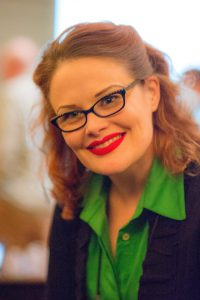 She, along with a host of collaborators, is writing a book titled Women in Tech. Fixing what she sees as a “huge oversight”, the self-proclaimed advocate for diversity in tech has pledged to produce a book that will combine instructional chapters with autobiographies from inspirational female role models within the industry.

Tarah has created a Kickstarter project designed to fund the writing, promotion and administration of the book. It has exceeded expectations, and, at the time of writing, counts an impressive $32,226 already pledged – superseding the $28,800 goal. The site states that they’re now working towards the first book translation, into Spanish, for which they need $33,000.

The book, Women in Tech, will be divided into chapters, each of which will cover various topics relevant to the tech industry. All will be written by women who are experts in their fields. Keren Elazari, GigaOM Cyber Security Industry Analyst, is writing The Hacker chapter; Brianna Wu, CEO of Giant Spacekat, is writing The Gamer chapter; Kamilah Taylor, Software Engineer at LinkedIn, is writing the Developer Chapter; and Miah Johnson, senior systems and operations engineer at Simple, is writing The Sysadmin chapter – to name just a few.

Kickstarter has been instrumental in the bringing to life of numerous ideas over the years, since it was launched in 2009. According to their website, 13 million people have backed projects, $2.9 billion has been pledged, and 121,427 projects have been successfully funded. The platform’s mission is to bring creative projects to life; and in 2015, they became a Benefit Corporation, pledging to “consider the impact of their decisions on society, not only shareholders.”

Kickstarter is one of the truly authentic crowdfunding platforms, which has been instrumental in facilitating the funding of so many creative projects. It is only apt that it should also be the way in which passionate people such as Tarah Wheeler Van Vlack contribute to the discussion about, and development and progression of the industry that is FinTech.