At WLCF, we work with many entrepreneurs and business owners who want to launch crowdfunding platforms or expand existing sites to include this feature.

In addition to a lot of hard work, determination and belief in what you’re doing, being an entrepreneur and founding a company requires a lot of creativity. We are regularly impressed with the ideas, creative visions and problem solving methods that our clients come up with during the project process. 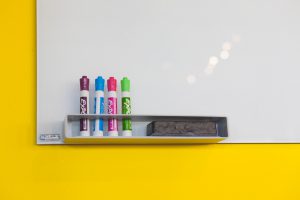 A recent BBC article focused on how “thinking like a toddler could help you get ahead.” It comments on the different way in which toddlers see the world, explaining that we should recognise their “creativity, curiosity, determination, ambition and sociability.”

This is an idea that has been explored in various ways throughout business over recent years. Google, for example, is renowned for their offices, which encourage hard work in a more informal atmosphere complete with slides, scooters and games. There are differences in opinion regarding these initiatives and workplace ideas, with some questioning how distracting they can be.

However, looking at past examples, as in the article in the BBC, suggests there is something to be said for thinking like a toddler. For example, it was a three-year-old child questioning why she couldn’t look at a photo straight away that led to the invention of the Polaroid camera, and a four-year-old’s branding decision that led to the design of the now international Ella’s Kitchen product line.

So, while we’re not suggesting that you employ toddlers or even revert to playing childhood games, it is worth bearing in mind that sometimes allowing our creative minds to wander, without focusing too much on the logistics, potential problems or means we have to implement ideas, can often be beneficial.