The European Alternative Finance Market is growing at a fantastic pace, across debt, equity, reward crowdfunding and debt securities.

Fortunately, academics are looking to capture this information and present it in a readable format, like Bryan Zhang from Judge Business School at The University of Cambridge.

Following on from a report published at the start of 2014 in association with Nesta and UC Berkeley, the 2015 report reveals some excellent growth numbers. It covers approximately 85% of the European market and rebuildingsociety contributed loan data to the analysis. 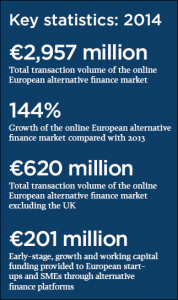 The real growth areas are sure to be found in mainland Europe as it seems likely to experience a growth curve similar to that of the UK – if it can get the right regulation in place. It needs to be a guard against fraud, but an enabler of innovation. 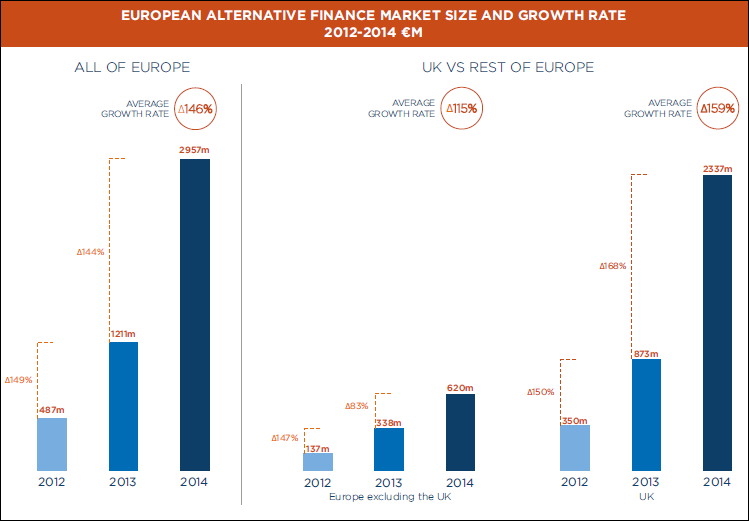 45% of respondents to the survey felt regulation was strict or too strict and in countries like Italy, with a similar population to the UK, yet with no real alternative finance industry, the environment clearly doesn’t encourage such activity.

“While alternative finance is moving mainstream, there are a number of risks to its continued development. There is a clear need to strike the right balance between a regulatory regime aimed at facilitating market growth, and a regime that provides sufficient protection to
investors. The alternative finance industry itself recognises that the market will not develop if the platforms are not perceived as trusted intermediaries by investors and beneficiaries alike. The alternative finance associations in each country have taken a leadership role in encouraging their members to engage in commercial practices, like transparency, that help build confidence and trustworthiness.”