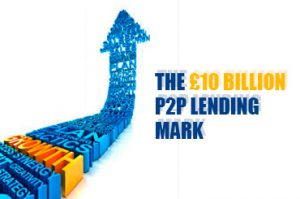 ndependent P2P data and analysis specialists Orca Money recently published a press release in celebration of an impressive industry milestone. Since the launch of the world’s first P2P platform, Zopa, in 2005, a staggering £10 billion has been collectively lent across all 23 platforms in existence. This includes WLCF creation, rebuildingsociety.com.

Over the past 12 years, the lending industry has expanded from the first pioneering platform, Zopa, to encompass almost 25 different sites. In response, companies such as ours have been founded, offering to create, host and launch crowdfunding and lending platforms. The £10 billion landmark is a reflection of just how much the industry has expanded since it began; and the fact that over £2 billion of this figure was invested in the first half of 2017 suggests that the sector is at its peak.

As commented in the Orca press release, “P2P is a growing industry, underpinned by the innovative platforms which span consumer, business and real-estate lending.” To celebrate the recent £10 billion mark, they created an infographic detailing the UK alternative lending ecosystem. It features P2P providers, including rebuildingsociety.com, divided into the consumer, business and property categories, as well as mentioning investors, aggregators and business services, among others.