The P2P Lending Potential of Africa

The Africa and Middle East Alternative Finance Benchmarking Report published last weekend is the first comprehensive study of the size and growth of crowdfunding and P2P lending markets in Africa and the Middle East. The report includes additional chapters on the regulatory landscapes in Africa.

The third-largest model in Africa was peer-to-peer business lending, which totalled $16 million in volume over a two-year period between 2014 to 2015. This model experienced rapid growth, starting at a modest $2 million in 2014, and reaching a sizable $14 million in 2015. Some 90% of online alternative finance originated from platforms headquartered outside of Africa, evidencing the potential for home-grown platforms. 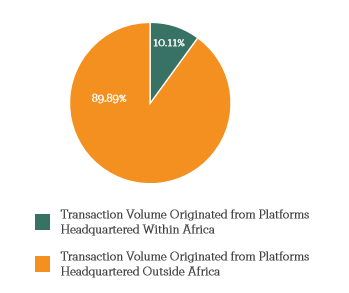 Kenya and South Africa are the market leaders in Africa, raising $16.7m and $15m respectively from online channels in 2015. Peer-to-peer business lending had a much lower average deal size, of $41,000, with an average of 24 lenders per fundraise. 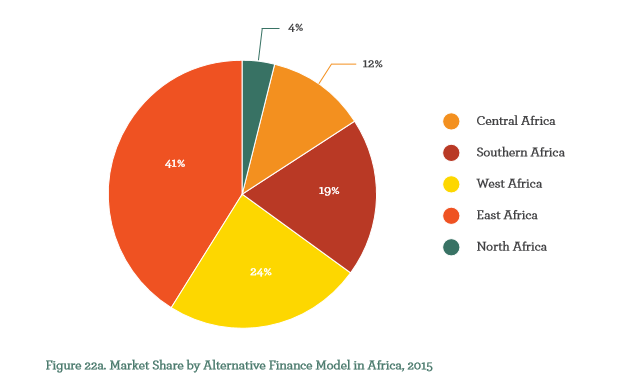 The make-up of the South African market differs markedly from the rest of Africa. In 2015, the vast majority of the South African market activity – $13.8m – came from peer-to-peer consumer and business lending, with the remaining $1.2 million spread across microfinance, donation-based and reward-based crowdfunding. The rapid growth and emergence of online peer-to-peer lending models in South Africa suggests that this model will likely dominate the national market there, and could potentially propel South Africa’s position as the emerging market leader for both online consumer and business peer-to-peer lending in Africa.

In Africa, there is no stand-out market leader, unlike the Middle East (Israel), Asia Pacific (China), Europe (UK) or the Americas (USA). Instead, the market is relatively evenly distributed across 10 core countries. Within Africa, South Africa had the largest number of online alternative finance platforms, with eight surveyed respondents. Following South Africa, both Egypt and Morocco had three domestically-based platforms, while Ghana and Nigeria each had two. Senegal, Uganda, and Zimbabwe each had a single surveyed platform. However, the report does also recognise the infancy of the industry. 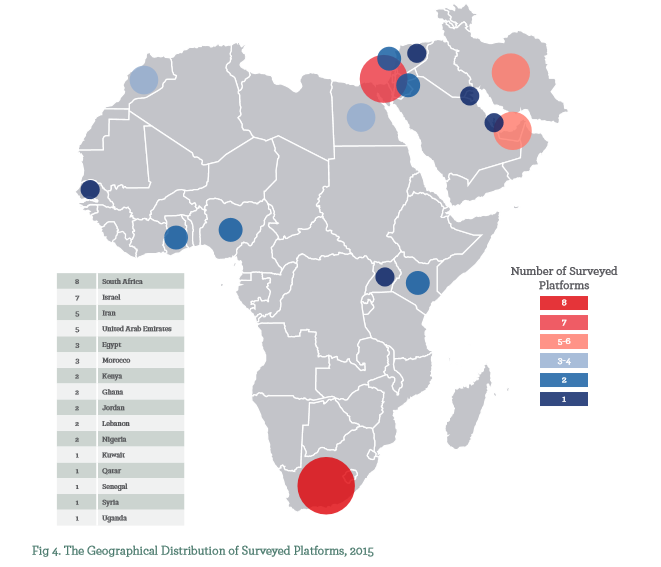 Regulation and policy for alternative finance are at the very earliest of stages of development for many financial regulators globally, and this is the case in Africa. Nevertheless, there have been several positive steps towards developing a specific regulatory response to this emergent industry that provides additional and vital channels of financing for individuals, start-ups and SMEs. What is clear is that there is no customised, tailor-made alternative finance regulation regime that has been enacted in Africa, as has been the case in other more established markets, such as the UK, Italy, the USA or Malaysia. Existing, generic financial services regulation are still likely to apply to firms seeking to provide services that fall within the remit of these existing laws.

As a technology provider to platforms in Australia, USA, UK and Singapore, we are familiar with operating in both regulated and unregulated environments. Fortunately, there is a lot of synergy with the regulatory frameworks that have been developed for P2P lending. We anticipate that those who invest in being the pioneers will be invited to shape the regulatory framework in their country.

Many risk-adverse corporates will wait for the implementation of the regulatory framework before acting on this opportunity; however, we have repeatedly witnessed that the regulatory risks are lower than many expect.

Having recently partnered with the local Value Added Reseller Khonology, we are prepared to collaborate with the founders of new African platforms and are keen to support the shaping of the market.

If you would like more information or have any questions, please do get in touch with our South Africa team at hello@whitelabelcrowd.fund or call us on +27 218 139 101.

As part of the European Commission’s fintech action plan, the regulation on ECSP for business entere... 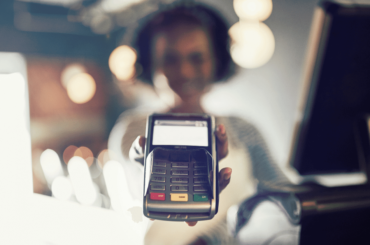 When setting up your platform, choosing the right solution for your transaction facilitation is probably the most important setup decision. Clients ask, what is the best way to facilitate transaction...